Airtel also announced an Airtel Xstream Bundle which includes the Xstream Android 4K TV Box with all its Xstream Fiber plans, along with complimentary access to a list of OTT apps. These new plan offerings come just in a week after Reliance Jio revamped the plans for the Jio Fiber broadband service.

As per the latest upgrade, Airtel has started offering its Xstream Fiber broadband service through five different monthly plans starting at Rs. 499. The Rs. 499 plan as the lowest in the series, with up to 40Mbps speeds. There are also Rs. 799, Rs. 999, Rs. 1,499, and Rs. 3,999 plans with up to 100Mbps, 200Mbps, 300Mbps, and 1Gbps speeds, respectively. All the new plans will offer unlimited high-speed data for all it's customers.

All airtel broadband plans in a single image, 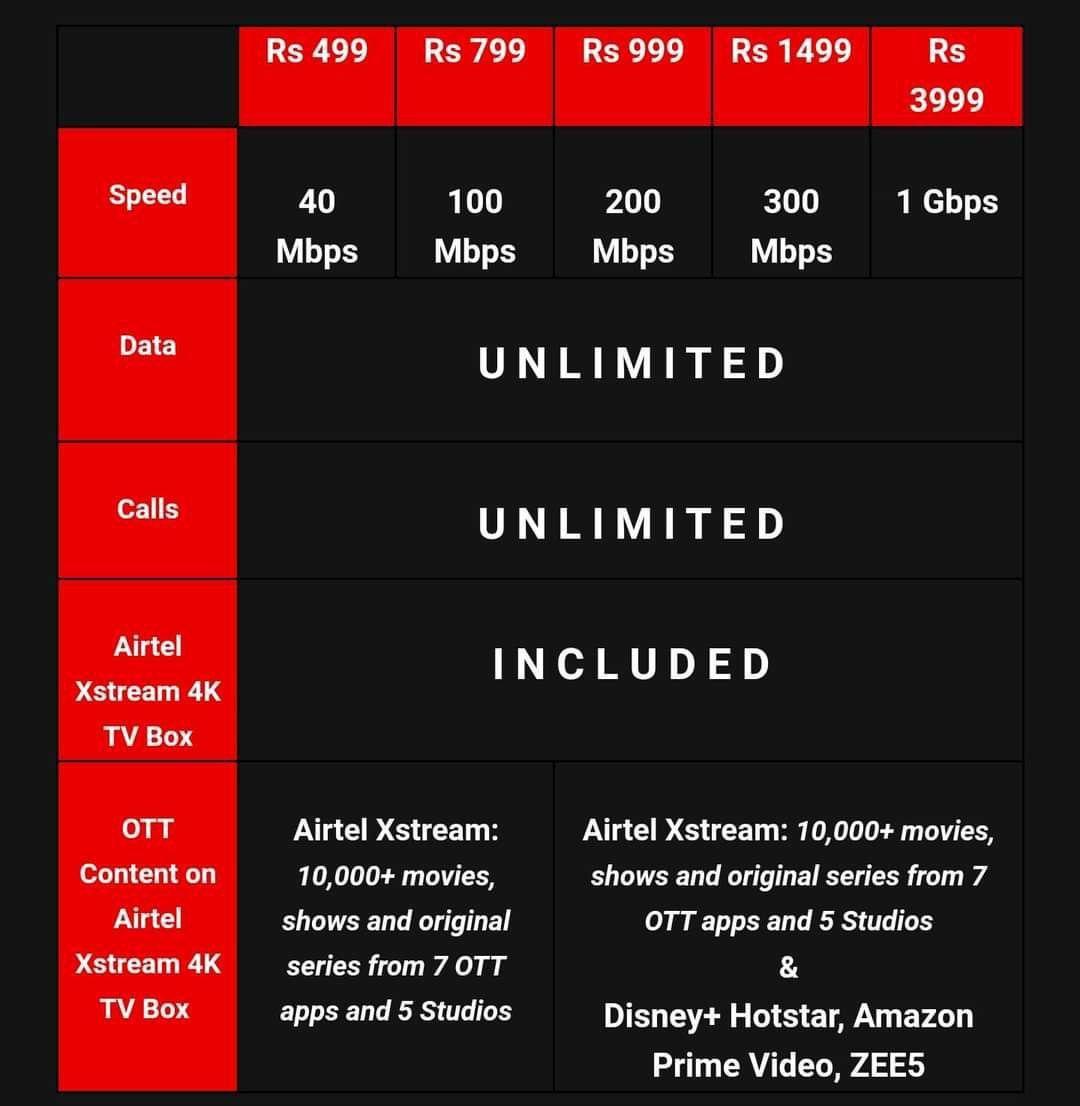 All the new plans are claimed to offer unlimited high-speed data but, Airtel has mentioned on its terms and conditions page that there is still a Fair Usage Policy (FUP) capped at 3,333GB post which it will reduce speeds to 1,024Kbps.

You can read details jio fiber broadband plans and offers on - https://technomaniac.in/jio-fiber-broadband-plans-price-speed-free-trial-and-ott-subscriptions

Step into the future of unlimited broadband plans with Airtel fibernet technology. Experience the high-speed internet on our existing Fiber broadband connection in Bangalore across multiple devices.

Airtel Xstream Fiber offers you with Fiber optic internet connection transforming your daily broadband connection experience with high-speed internet. Airtel allows you to enjoy the fastest broadband connection in Bangalore with the speed of up to 1 Gbps, which means once you connect broadband, you will get faster downloads and less buffering.